Texan Through and Through

I’m Texan through and through, complete with the arrogance to believe my state is the best, the ability to tell tall tales convincingly, and the propensity to say “y’all” and “fixin’ to” and, on occasion, “ain’t.” The towns I’ve lived in have a Southern influence, so sweet tea, grits, and “bless your heart” are also part of my cultural background. And since all of Texas has a heavy Mexican influence, jalapenos are part of my diet. I have a Texas accent, naturally, but I’ll tell you right now: Hollywood’s version of how we talk is ludicrous.

I’m my mama’s fourth and only living child; Daddy died in 1997, so it’s just Mom and me from my side of the family. My parents each spent a stint as professional entertainers, which explains why I’m such a ham. However, I’m not fully baked–I can stand before a group of virtually any size, but get me face to face, and I may have an attack of shyness. That’s when my feet kick in. They’ll either run off with me, getting me out of harm’s way as quickly as possible, or they’ll land in my mouth. Both of them. At once. Usually makes for a memorable occasion.

I’ve been blessed with five kids (one of whom waits for us in Heaven), eight grandkids, and seven great grands (one of whom is playing in Heaven with his uncle) , but I’ve never been pregnant. My family is a gift from my husband—even though most were grown and gone by the time I married him.

As is true with other authors, I’ve been writing all of my life. I’d love to prove it to you by printing one of my earlier pieces, but I foolishly left everything from my old desk in a paper bag, which the cats found and shredded into thousands of  little pieces–bag, poetry, short stories, song lyrics, everything.

They went to bed without their Friskies that night.

In the late ’90s, I took up writing again more seriously–studying the craft, learning from other novelists, and writing, writing, writing. The result of all that work was my award-winning debut novel, Give the Lady a Ride, which was published in 2011.

In 2014, my short story, “Slider,” won first place in short stories and grand prize in the East Texas Baptist University Writers’ Conference. Since it was the first short story I’d written since I was 16, that was quite a pleasant surprise.

It also received honorable mention in Saturday Evening Post’s “Great American Fiction Contest” in 2015, and is included in their 2016 anthology.

Aside from my writing, I’m also a freelance editor. I enjoy speaking for writing groups and conferences. I’m a member of American Christian Fiction Writers (ACFW). 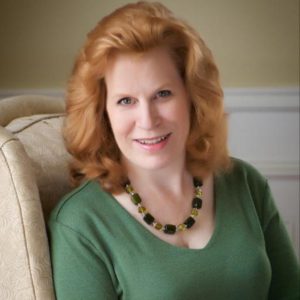 Linda W. Yezak holds a BA in English, a graduate certificate in Paralegal Studies, and a bucket list as long as her arm. Among the things on the list is owning a stable full of horses, and since that’s not likely to happen, she tries to include horses in each of her novels. When her one-and-only retired, they moved back to their hometown in the Brazos Valley where they are happily and wonderfully swamped with kids, grandkids, and great-grands. Though living the blessed life of semiretirement, she still works as a freelance editor and author.