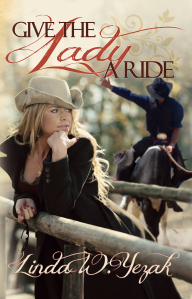 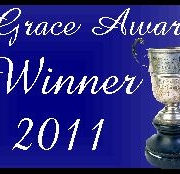 Excerpt from Give the Lady a Ride:

“Company’s coming!” Chance Davis’s voice rang over the stomping hooves of bawling calves in the holding pen at the Circle Bar Ranch.

Talon Carlson pulled open the head gate and freed a freshly vaccinated steer to allow in another bull calf. He looked where Chance pointed to a white dust cloud rising from the caliche ranch road.

Ears perked and tongues flapping, the border collies tore out of the pens, scattering the calves, and streaked toward a silver Mercedes pulling up the drive. The car slowed to a stop in front of the main house, and two classy-looking women climbed out, a tall brunette and a short blonde. In their high heels and dressy slacks, neither looked suited for a ranch.

“Don’t know, but I guess I’d better find out.” He dusted off his jeans and strode toward the pipe-rail gate. He called back to Chance in the pen. “Soon as y’all are done here, get the guys to throw some hay in with the culls. Tide them over till the auction.”

Talon made his way through the maze of fencing and headed toward the ranch house, where the dogs jumped on the ladies as if greeting long lost friends. The two ritzy women pushed at them, shouting Down! and Get off of me! while they brushed off their fancy britches and scurried onto the front porch.

Nothing like having to shoo away enthusiastic face-lickers to shatter a woman’s snobby appearance.

Talon snapped his fingers at the dogs. “Settle down.”

Oz and Sally dashed back to his side, and he clicked their collars to dog chains near the fence gate. After petting each on the head, he strode toward the women, who watched him from the porch. They didn’t act lost, but as dressed up as they were, surely they were in the wrong place. The blonde stepped to the edge of the porch as he approached.

“Excuse me, ma’am.” He took off his hat, letting it dangle from his fingers beside his leg. “Something I can help you with?”

The tall brunette twirled her sunglasses and eyed him from head to boots. “He’s a honey.”

The blonde tsked at her friend and extended a manicured hand. “I’m Patricia Talbert, the new owner. And it isn’t necessary to call me ma’am.”

Talon gritted his teeth to keep his mouth from hanging open wider than a dog’s yawn. Jake McAllister—his mentor and surrogate father—had willed the ranch to a stranger? Talon had known to expect a new owner, but he hadn’t expected this. She was no bigger than a newborn heifer and had an accent that reeked of Yankee. No way she could know which was the working end of a cow, much less how to run a ranch.

He reached to shake her hand, then stood back. “Forgive me for asking, ma’am, but do you have proof of ownership?”

She jingled her key ring. “I have the key to the house.”

Talon bowed his head and rubbed the back of his neck, peering up at her. “Yes, ma’am. So do I. That don’t make me the owner.”

A spark lit her eyes. Tipping up her nose, she moved down to the second step, level with him. “It does make me the owner.”

She glowered at him with sage-green eyes, and he glared back, tapping his hat brim against his thigh. He didn’t want to back down from this staring contest, but if she really was his new boss, he’d better act accordingly. His lips twisted into the grin he’d practiced in front of the mirror as a kid. The ol’ “aw shucks, ma’am” grin that had conned Jake’s wife, Loretta, out of more than one slice of pie.

“Okay. I’d rather see some papers, but I’ll take your word for it. For now.”

She propped her fists on her hips and narrowed her eyes. “I’ll have the papers to you tomorrow. This afternoon, if you insist.”

Stepping up until he was taller than her again, he looked down at her. “Tell ya what. I’ll show you around the place now, and you can bring the papers this afternoon.”

She opened her mouth, then snapped it shut again. When she did speak, her words were civilized. “That’s fair.”

The Final Ride
Scroll to top